This is the Micromax Canvas Glee, a device that seems destined to conquer the Indian market next year.

From what I have read online that Micromax is expanding outside India and wants to enter the European market, plus move production from China to India. The Micromax Canvas Glee stands out through specs that include a MediaTek octa core processor which seems to be the Latest upcoming trend of the year 2014 according to this…

Hint: As, Micromax wants to start their production in INDIA itself, then, hopefully unlike Intex it will also become a pure National (INDIAN) Company, like currently INTEX is a an INDIAN Company… 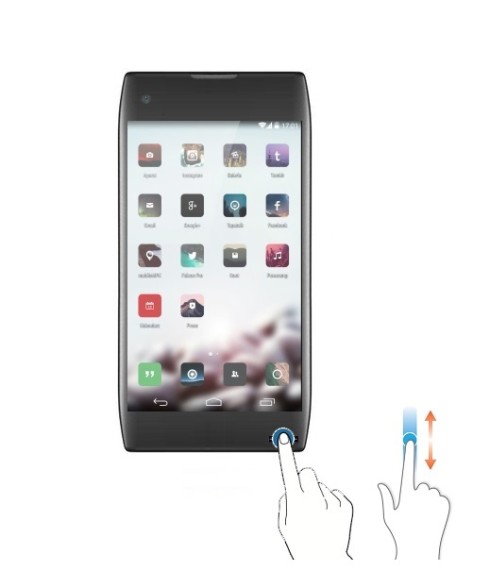 The special thing compared to another Canvas series phone is that it has an infrared sensor, fingerprint scanner, barometer, temperature sensor and an uni-body design.

Well, it’s design reminds a bit of the Nokia X7, as you can see in the picture, the corners are shown clearly. Howz that ? This smartphone meets your expectations or not ? Must tell us via commenting below.

Although, this Smartphone is having a huge list of advanced features when compared to other High End Smartphones, other companies like Samsung Technologies may launch their devices with these qualities and at a huge price but the Micromax Mobiles will launch Micromax Canvas Glee with a mid budget Price Tag. i.e. Micromax Canvas Glee expected Price in India will be Rs 24,999 (INR).

There are also chances of having this Smartphone in the series of Canvas series as there is also a news of Micromax Mobiles launching a Micromax Canvas 5 Smartphone, which they can do. As Micromax is having a trend of launching a new Canvas Series updated unexpectedly, so this can be the next Canvas Smartphone (assumption). Please share this if you liked and let others to know about this…